As founder and president of the Information Technology and Innovation Foundation (ITIF), recognized as the world’s top think tank for science and technology policy, Robert D. Atkinson leads a prolific team of policy analysts and fellows that is successfully shaping the debate and setting the agenda on a host of critical issues at the intersection of technological innovation and public policy. He is passionate about productivity growth, and therefore is passionate about robots.

He is an internationally recognized scholar and a widely published author whom The New Republic has named one of the “three most important thinkers about innovation,” Washingtonian Magazine has called a “tech titan,” Government Technology Magazine has judged to be one of the 25 top “doers, dreamers and drivers of information technology,” and the Wharton Business School has given the “Wharton Infosys Business Transformation Award.”

A sought-after speaker and valued adviser to policymakers around the world, Atkinson’s books include Big is Beautiful: Debunking the Mythology of Small Business (MIT Press, 2018); Innovation Economics: The Race for Global Advantage (Yale, 2012), and The Past And Future Of America’s Economy: Long Waves Of Innovation That Power Cycles Of Growth (Edward Elgar, 2005). He also has conducted groundbreaking research projects and authored hundreds of articles and reports on technology and innovation-related topics ranging from tax policy to advanced manufacturing, productivity, and global competitiveness. He has testified before the United States Congress more than 30 times.

President Clinton appointed Atkinson to the Commission on Workers, Communities, and Economic Change in the New Economy; the Bush administration appointed him chair of the congressionally created National Surface Transportation Infrastructure Financing Commission; the Obama administration appointed him to the National Innovation and Competitiveness Strategy Advisory Board; and the Trump administration appointed him to the G7 Global Partnership on Artificial Intelligence. Atkinson was asked to serve on the UK government’s Place Advisory Group to advise the Minister for Science, Research and Innovation on how policy can drive innovation in more regions of the UK. He is a founding member of the the Polaris Council, a body of cross-sectoral, interdisciplinary science and technology policy experts who advise the U.S. Government Accountability Office’s Science, Technology Assessment, and Analytics (STAA) team on emergent and emerging issues facing the Congress and the nation. He also has served as co-chair of the White House Office of Science and Technology Policy’s China-U.S. Innovation Policy Experts Group; as a member of the U.S. Department of Commerce’s National Advisory Council on Innovation and Entrepreneurship; and on the U.S. State Department’s Advisory Committee on International Communications and Information.

Atkinson is a member of the Markle Foundation Task Force on National Security in the Information Age and serves on the boards or advisory councils of the Internet Education Foundation, the NetChoice Coalition, the University of Oregon’s Institute for Policy Research and Innovation, and the State Science and Technology Institute. Additionally, Atkinson is on the editorial boards of the Journal of Electronic Government and the Journal of Internet Policy; a member of the Global Innovation Forum Brain Trust; a nonresident senior fellow at the Brookings Institution; a fellow at the Columbia University Institute of Tele-Information; a fellow of Glocom, a Tokyo-based research institute; and a member of the Polaris Council, an advisory group to the the U.S. Government Accountability Office’s Science, Technology Assessment, and Analytics team.

Previously, Atkinson served as the first executive director of the Rhode Island Economic Policy Council (RIEPC), a public-private partnership whose members included the state’s governor, legislative leaders, and both corporate and labor leaders. As head of RIEPC, Atkinson was responsible for drafting a comprehensive economic development strategy for the state and working with the legislature and executive branch of government to successfully implement each element of a 10-point action agenda.

Prior to his service in Rhode Island, Atkinson was a project director at the Congressional Office of Technology Assessment, where, among other projects, he spearheaded The Technological Reshaping of Metropolitan America, a seminal report examining the impact of the information technology revolution on America’s urban areas.

As a respected policy expert and commentator, Atkinson has testified numerous times before the U.S. Senate and House of Representatives, and he appears frequently on news and public affairs programs. Among others, these appearances have included interviews on BBC, CNBC, CNN, Fox News, MSNBC, NPR, and NBC Nightly News. 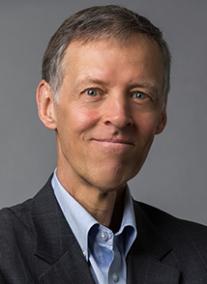