Articulated Robots: A Guide to the Most Familiar Industrial Robot 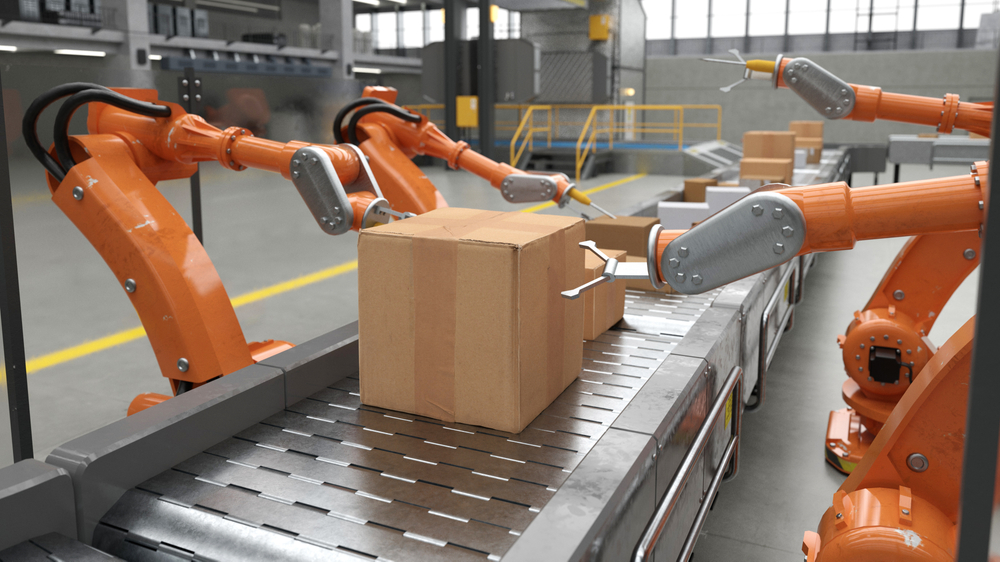 Articulated Robots: A Guide to the Most Familiar Industrial Robot

Articulated robots are the most frequently used industrial robots today. Learn why, what they can do, and when you should use them.

An articulated robot has rotary joints and can have up to 10 or more axes. This gives them more freedom of movement which brings with it great versatility. Their precision and style of movement closely mimic that of a human arm. Articulated robots have become indispensable to the manufacturing industry. Let's understand these specialized robots in more detail through the following sections: 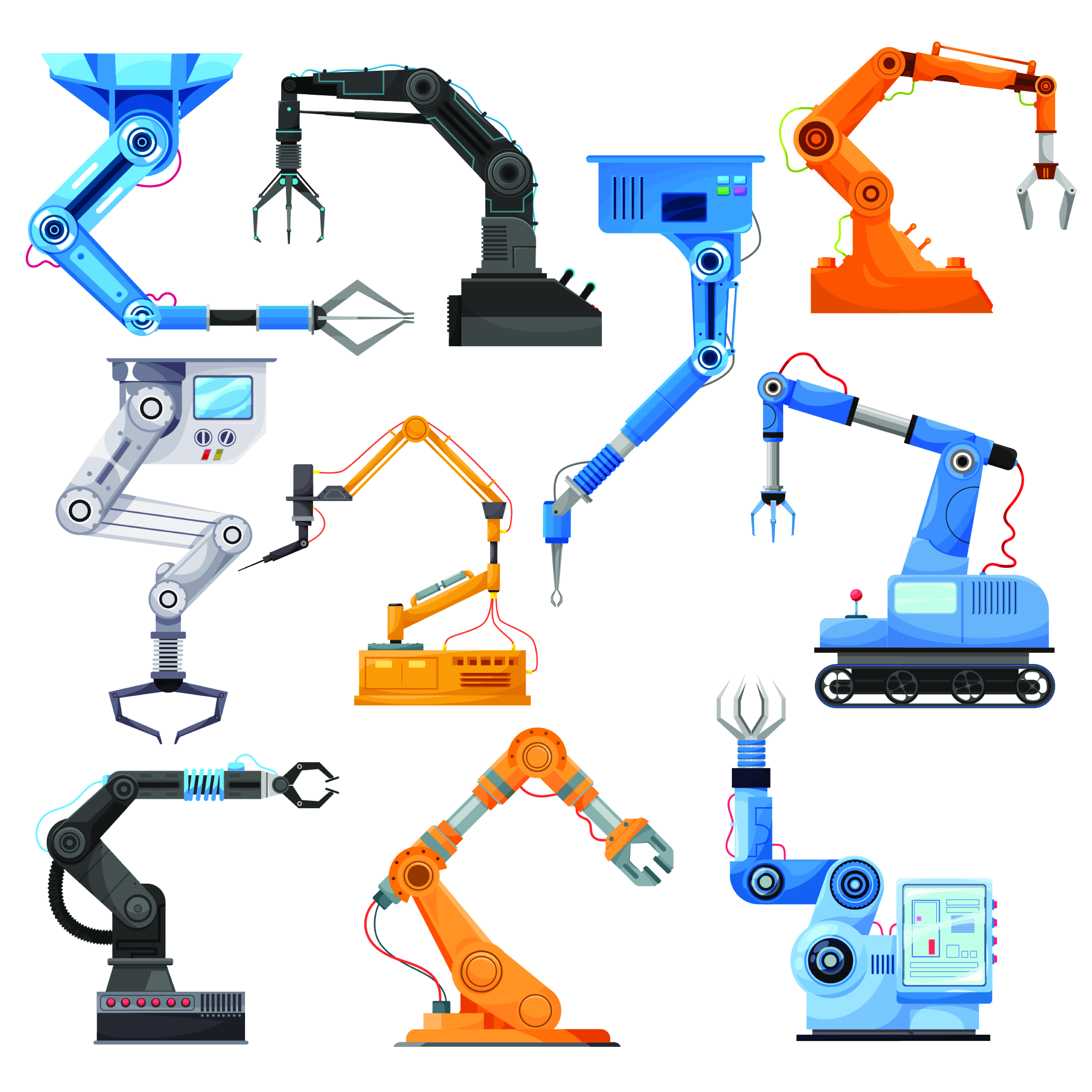 Material handling is a common industrial application for articulated robots. It can include tasks like palletizing, pick and place, and bin-picking. Articulated robots are great for these applications because they can be scaled to handle high payloads and reach. These applications can quickly become too difficult for other robot types. For example, a delta robot can perform a pick and place task quickly. But what if the part is a heavy billet of steel? Suddenly, this task is too much for the delta. To put this in perspective, high-end articulated arm models can handle 1000+ kg payloads. A large delta robot could handle something in the 10-20 kg range.

Welding was one of the first applications for industrial robots. A major reason they excel here is due to their dexterity. Welding applications often require precise movements at specific angles. These angles simply aren’t achievable with other robots like SCARAs and Deltas. Placing the wrong robot in a welding application can severely limit the quality of the welded part.

Machine tending is another common task for articulated robots. Automated machine tending enables the loading and unloading of raw materials into machines. Again, this robot’s enhanced reach and dexterity allow it to excel here. Modern machine tending robots can do everything from loading the part, opening and closing the door, to even running the specified program by selecting it on the HMI.

The articulated robot market is projected to register a CAGR of over 12% during 2021-2026, with automation, customization, and labor safety pushing their adoption across the industrial sector.

Articulated robots cover a wide range of the most common robot applications. Since they are so versatile, it makes sense to find them used across most industries. Some common examples include:

The automotive industry was one of the earliest to embrace industrial robots. These continue to be popular among automotive companies of all sizes. High payloads and long reach are common requirements for automotive applications as automotive components are often large and heavy. These factors make articulated robots the only choice to automate these tasks. This automation allows for higher production volume and safer work environments.

Precision and dexterity are common features of applications in this industry. Small components require precise movements to be placed properly. Automated soldering requires dexterous movements like that of welding. This requires the equipment to move at angles not achievable by other robot types. Some applications require precision on the micron level. Most articulated arms will not be able to reach this level of precision due to their mechanical construction.

The pharmaceutical industry demands high standards in precision, cleanliness, and authentication.  Articulated robots have the precision required for most pharmaceutical applications. They can be configured with sealed joints and protective sleeves. These are critical requirements for machines in cleanrooms. Common applications include pick and place, dispensing, and scanning.

When Should You Use an Articulated Robot? 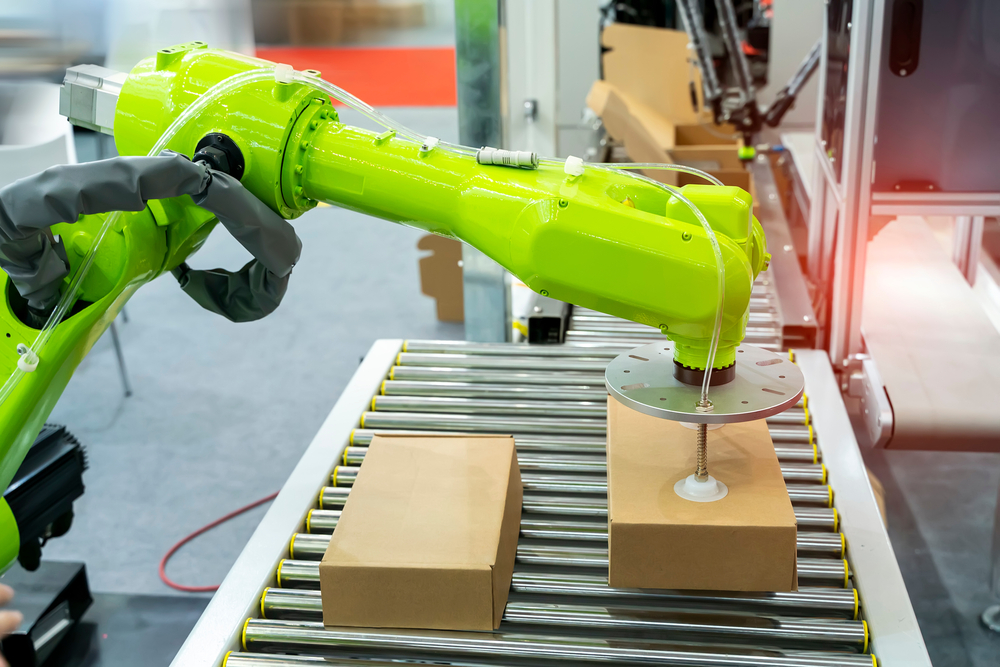 Articulated robots can have a major positive impact on your bottom line. Certain instances may lead you to start considering automation. Some examples include:

These are some common reasons for manufacturers to automate. People have a limited speed of movement and can only keep this rate up for so long before becoming fatigued. Automated equipment often exceeds the speed achievable by people. They can maintain this speed for as long as the robot is operational. Articulated robots aren’t the fastest robots on the market, but for many applications they can still outpace human operators.

The safety of human operators can drive manufacturers to remove them from that task. This is often the case when operators are becoming injured from lifting, cutting, or tending to a machine. Automating this process can both protect your employees and save money from injury-related fines and downtime costs. It is important to remember, however, robots are inherently dangerous. Installing an articulated robot in an application with no risk mitigation can be more hazardous to operators. Articulated robots must be installed with appropriate safety devices to limit the risk of injury to human operators.

Cost reductions are some of the most common reasons to automate in today’s competitive manufacturing environment. Automated production lines are often more efficient than manual ones at scale. This ultimately leads to a lower cost to produce each part. Additionally, parts can be produced more consistently due to fewer production errors. As you will learn later in this article, articulated robots are very expensive. It is especially important with this robot type to ensure that your cost reductions will be a net benefit after considering the cost of an articulated robot project.

Your business challenges should dictate what and how much to automate in your facility. It’s essential to understand which projects will benefit the most from articulated robot automation. Our potential finder tool is to help you identify key projects that are best suited for automation in your company.

You have many options available to you when it comes to robotic automation. Application fit is the most critical element to a successful robot project. Understanding the specific requirements of your application is essential. Articulated arms can perform most applications. However, they aren’t always the most optimal solution.

In the cases where the application requires a higher speed than this robot is capable of, sometimes delta robots are the better choice. An example of this could be a high-speed pick and place application. It would be ideal to pair a high-speed robot with this type of application. Say you have decided that a six-axis and a delta robot are both capable of performing the task. A six-axis robot will typically have rates of speed in the hundreds of degrees per second. A standard delta robot can easily exceed 1000+ degrees per second. Choosing a six-axis over a delta when both can do the job might be leaving valuable productivity on the table.

Other times extreme levels of precision are required. In these instances, articulated arms are outperformed by cartesian robots. Cartesian robots have the capability of reaching micron-level precision. Most other robot types can only boast precision levels in the tenths or hundredths of millimeters. Choosing the wrong robot for your application can limit your potential returns or fail completely.

Articulated arms often excel in applications that require high-levels of flexibility. Welding is a great example of this. An articulated arm would be a great choice because of its ability to maneuver precisely at complex angles to make the necessary welds. More rigid robot types like cartesians, SCARAs, or deltas would struggle in an environment when flexible motion is required.

If in doubt, we suggest reaching out to experts who can advise you in selecting robotic solutions for your specific projects and challenges.

How Much Do Articulated Robots Cost?

Articulated robots are on the expensive end of the robot spectrum. The robot itself is expensive, but there are several other factors that lead to a common project cost upwards of $100,000 USD. These factors include:

It’s crucial to include these costs into your ROI calculation. Understand you are facing more than just the up-front cost of a robot arm. Many of these costs are variable and are application-dependent. For example, highly complex projects will have higher integration costs due to the difficulty of implementation and programming. More hazardous applications might require more safety hardware.

Robot projects carry a heavy price tag. All these costs should be considered while calculating the return of investment (ROI) on an articulated robot. You must then consider what you will gain from automating your process. This includes things like:

You may even decide to include some qualitative factors like injury risk mitigation or other quality-of-life improvements. These pros and cons should be weighed against each other to provide an ROI picture. This should help you make an informed decision on an automation project.

Despite their high costs, manufacturers have positively impacted their bottom line using articulated robots for decades. You can search our supplier directory to start connecting with suppliers near you and start your automation journey. 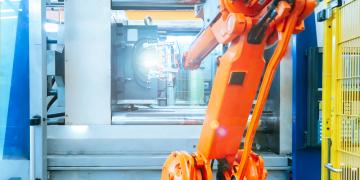 Injection molding is the centerpiece of many plastics production facilities. Learn how you can automate tasks around this process to gain a competitive edge.
Read more 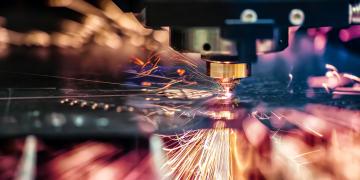 Laser cutting robots automate the most precise cutting method on the market today. In this article, learn about how to automate laser cutting and what to be prepared for before implementing them.
Read more 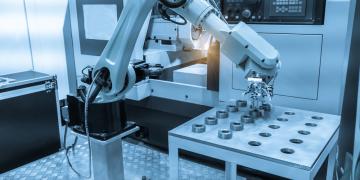 Material handling applications are often the first automation projects for manufacturers new to automation. Learn what you need to know before getting started with automation.
Read more 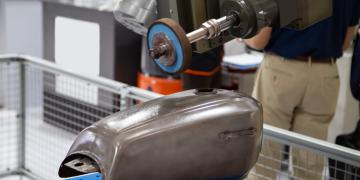 Industrial grinding is one of the most dangerous tasks for workers. Learn how manufacturers are protecting their employees while achieving productivity gains at the same time.
Read more 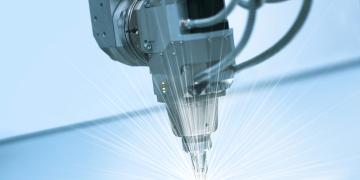 Laser Welding is one of the most high-tech applications in modern welding, and automation is helping manufacturers unlock even more productivity within this process.
Read more 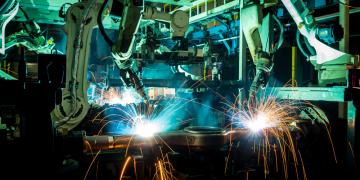 MIG welding robots provide substantial productivity gains for modern manufacturers. Understanding these systems and knowing what is available will enable you to take advantage.
Read more 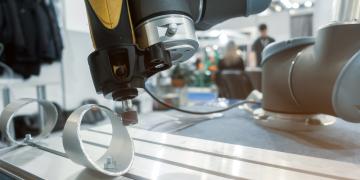 Deburring Robots: More Accessible Than Ever 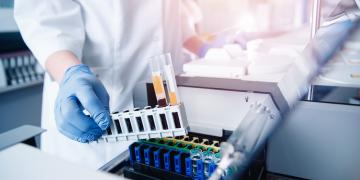 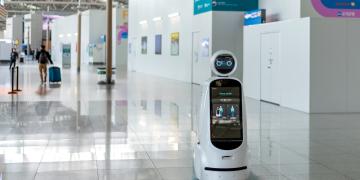 Service robots are deployed to support employees and enhance customer experiences. Learn about the various types of service robots and their applications here.
Read more